Emerging technologies: how to catch the wave in time? 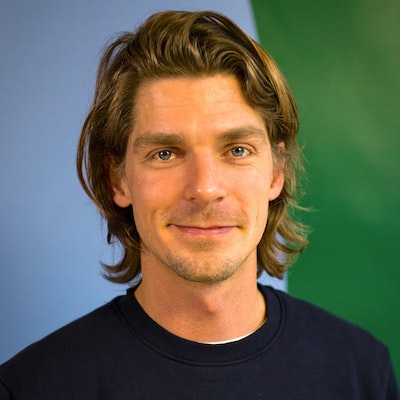 Technology lies at the root of many innovations. It got us from the combustion engine to adaptive cruise control, and from gunpowder to launching rockets to Mars.

However, many exciting technologies are yet to be unlocked. Like quantum computing, synthetic biology, or autonomous vehicles.

How to scout which technologies are relevant to your organization? And how to know when to jump in? The Bit Maturity Wave provides insights on how to value emerging technologies and their adoption within the context of your innovation goals. 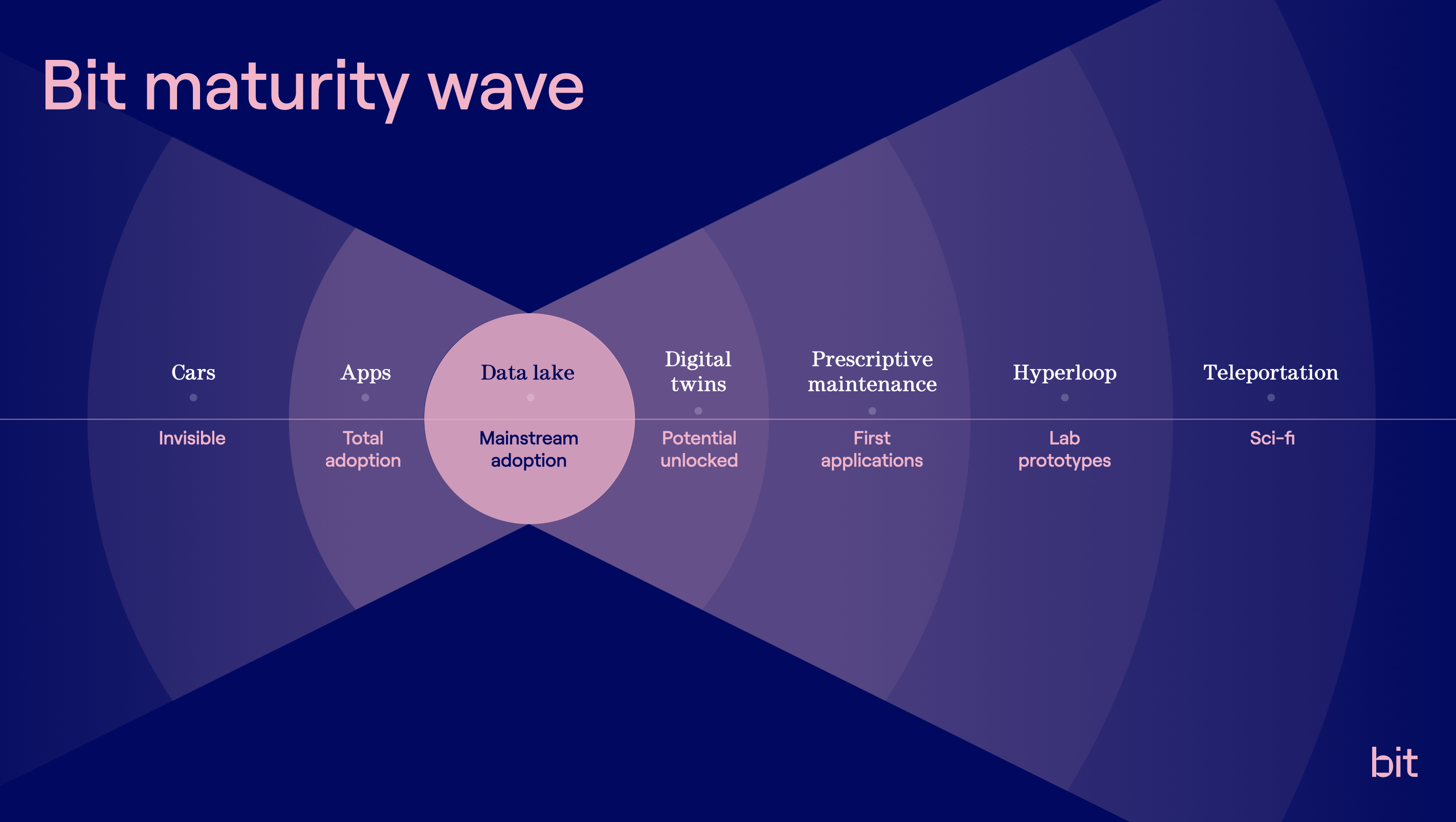 How being an early adopter with new tech pays off

In 2013, Alibaba launched its first chatbot. By that time, researchers and labs had been experimenting with different forms of virtual assistance for decades. Yet commercial applications still had to prove its value. Fast forward to 2020, and it's easy to see Alibaba’s leap of faith paid off. Whereas 70-80% of companies had yet to adopt AI solutions in 2017, Alibaba’s chatbot now takes on 95% of all customer service requests: 9.5 million customers per day.

Scouting and experimenting with emerging technology at the right time can create a major competitive advantage for your company. So, how is it done?

We look at tech-based innovation like surfing waves at sea; timing is the most important factor.

If you've ever attempted surfing before, you must know it includes a lot of paddling and what may feel like waiting around for 'the right wave'. Stand up on your board too early, before the wave actually hits, and you'll lose your balance and fall. Only to let the waves wash over your head. Stand up on your board too late, and there isn't much more than an echoing ripple for you to ride out.

To catch a good wave, you keep eye on the horizon to spot an opportunity. The earlier you anticipate the wave, the more surface you can catch. Tech-driven innovation isn't much different.

By focusing your innovation efforts on early stage new technologies, you have time to experiment and learn. The technologies that have been proven and are getting widely adopted, carry a lower risk, yet don't bring the same competitive advantage.

An introduction to the Bit Maturity Wave

The Bit Maturity wave is a framework to map out technologies. Every maturity wave is built up by six key stages of technology proving value to science, business, and society. Its horizontal axis is relative timing towards mainstream adoption compared to today.

How to use the Bit Maturity wave?

The Maturity Wave helps us and our clients gain insights in:

How can it help your company fast forward?

If you want to be leading your field, you need to be among the first to step into the unknown. Experimenting with technologies that are just out of the lab, gives you the best chance to uncover opportunities and propel innovation forward.

Using the Bit maturity Wave helps identify the most valuable technologies for your sector, plan your innovation strategy, define useful experiments for your challenges and build working prototypes as a proof of technology.

If you want a custom maturity wave research specialised for a specific industry or for your organization, get in touch. For more on the Bit maturity wave, we are sharing free ebooks here. For more of Bit, join our weekly newsletter :)